Last weekend we took a drive to Stokes State Forest in the Delaware Water Gap National Recreation Area of New Jersey. It’s close to the border with Pennsylvania. Among the several trails and loops that were available, we picked out the Stony Lake to Sunrise Mountain Loop, but added in a couple different small trails. In total we hiked 11 miles.

Stokes State Forest charges an entrance fee during the summer months, but since it wasn’t the season yet, we got in for free. Rolling in around 9:30 AM, it wasn’t busy yet and we had a good amount of solitude in the forest. The trees were still bare, and the air was very fresh. 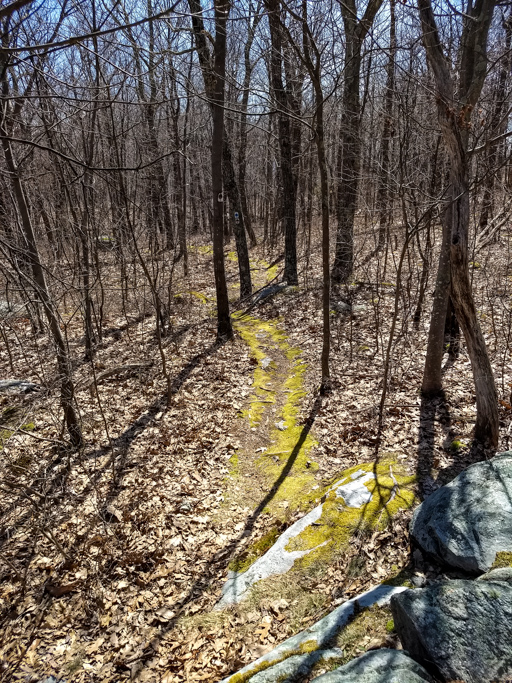 We hiked up the Swenson Trail from the Stony Lake Day Use Area parking lot. There was bright green moss and the creeks had pristine water.

We didn’t go all the way down Swenson Trail, but turned onto the Blue Mountain Trail to connect with the Appalachian Trail (AT). 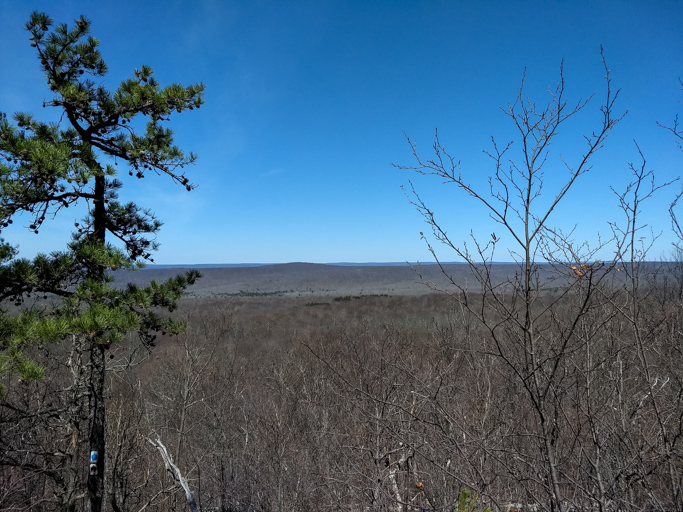 There was a nice view looking West from near the top of the Blue Mountain Trail. 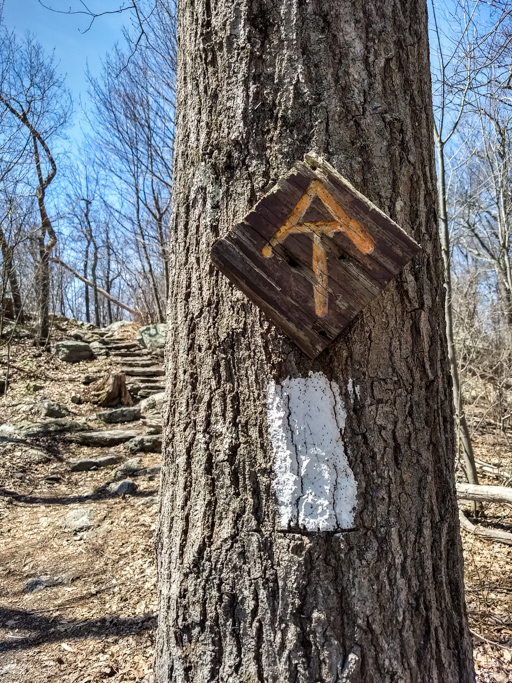 We encountered the AT at the top of the ridge. Having hiked on the AT in Shenandoah National Park before we moved to New Jersey, it was a little bit like coming home. I liked how I felt connected to the trail hundreds of miles away. 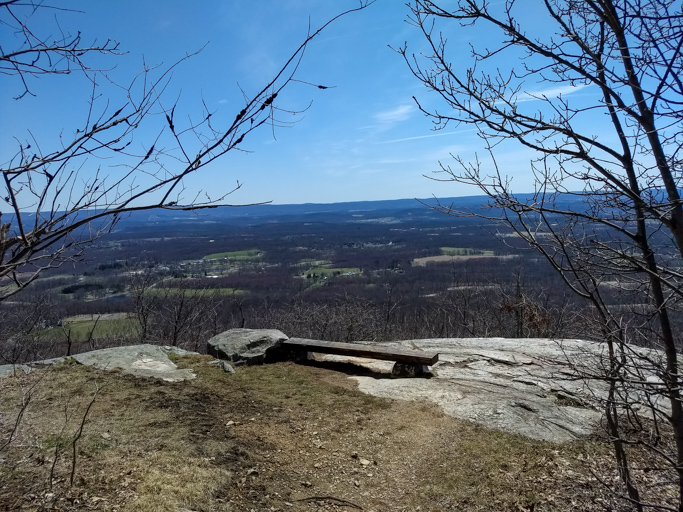 Near the parking lot at the summit of Sunrise Mountain on the AT there was a lovely overlook with a bench. 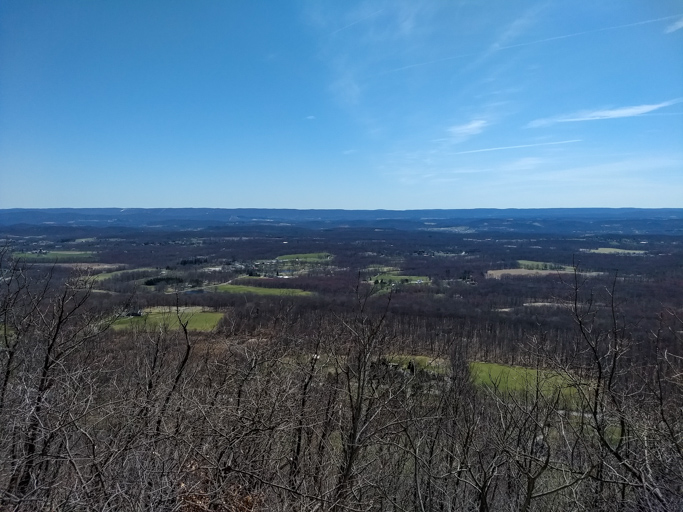 We sat for a while eating our PB&J sandwiches for lunch while looking out at the view of the valley. It’s a great spot to break in the middle of the loop. 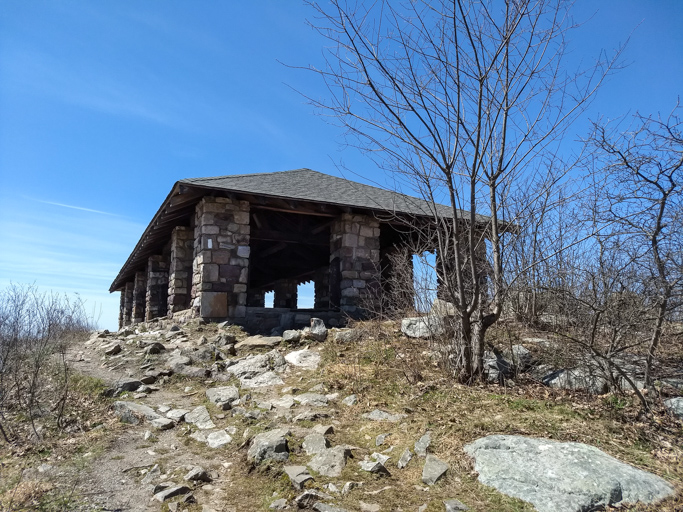 Just a little further on there is a large stone shelter for AT hikers. From inside there are views out on either side of the ridge.

On our way back on the AT we decided to take a side trip. At the Stokes State Forest welcome lodge I’d seen free pamphlets titled “Kittatinny Glacial Geology Trail: Interpretive Trail Guide” and picked one up. When I asked the attendants about it, it happened to be close to our loop. The 1.5-mile loop is a 5 to 10 minute walk just off the AT.

It was well worth it to go and we learned a lot about the geology of the area. According to the guide, the land in Stokes State Forest has been shaped by three different glaciers. Many of the features you see are the result of those glaciers. 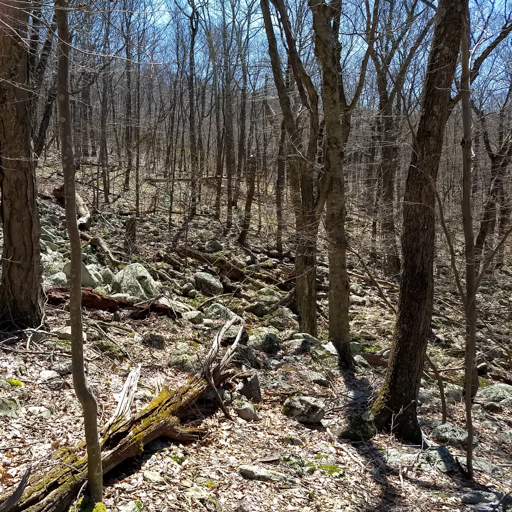 I had seen hills that look like a river of rocks falling down in Shenandoah National Park before and dubbed it “rock-fall.” According to the guide, the proper name for this is a “talus slope.” Talus slopes are formed when alternate freezing and thawing of a cliff face causes rocks and boulders to loosen, break off, and fall to the base of a cliff.

I was so glad to finally learn the name of this!

According to the guide, Puddingstone, or Shawangunk Conglomerate, is a very hard, resistant rock that makes up the Kittatinny Ridge, which is part of the Appalachian Mountain Range. It is called “puddingstone” for its resemblance to traditional British fruit-filled puddings. The round white bits are quartz pebbles that are bound together by solidified sand.

There are quite a few of these rocks there, which were knocked off the ridge by the glacier. 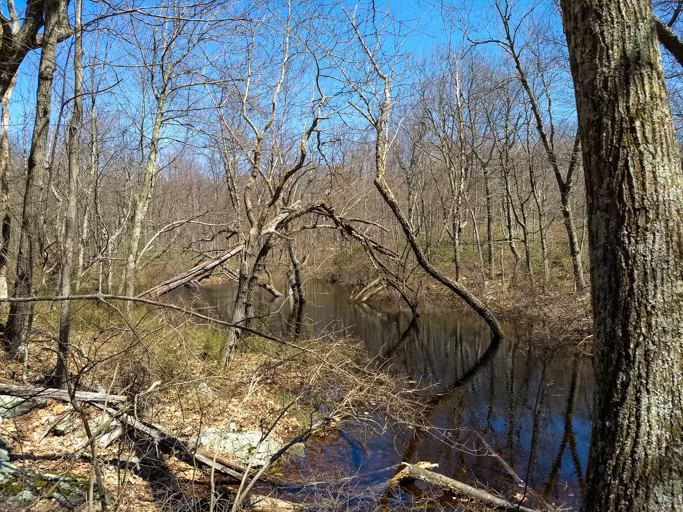 Kettle holes, or kettles, look like ponds in the forest. According to the guide: “As the glacier retreated, huge chunks of ice fell to the ground and were partially or wholly smothered by sediments from the melting glacier. The sediment insulated the ice for a while, but when it eventually melted, the sediment settled around the edges of the glacial water creating a round pool – or kettle hole.”

We visited after a week with strong rain, so I suspect that they are not always this filled. Also, it looked like the trees were growing out of the water, which I guess is not the norm. 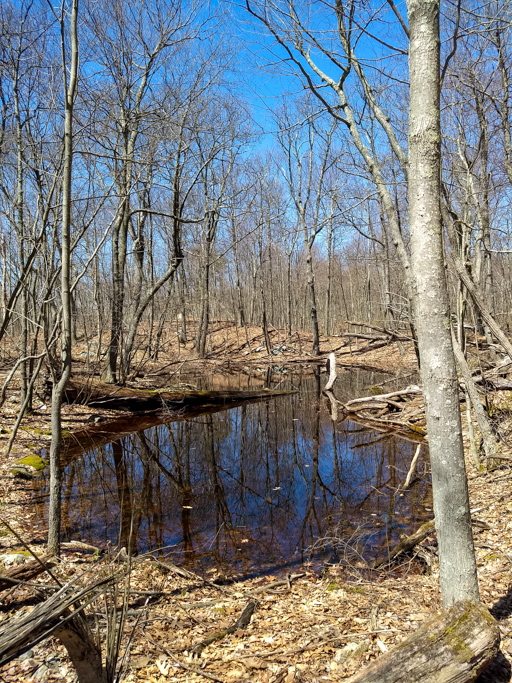 This is another kettle hole we saw later on our hike. There are several in the area.

The interpretive hike had a total of 10 points to see and read about. If you ever visit Stokes National Forest, I recommend checking it out.

We returned to the AT and kept on hiking down. There was one more AT shelter that was off the trail at the junction with Stony Brook Trail, but we couldn’t see it clearly.

A man and his dog passed us on the trail and we chatted for a bit. He recommended going to see Culver’s Lookout Tower, which is in use for scouting out forest fires. When it is manned, you can climb up and go inside. Because we weren’t too tired yet, we decided to walk the extra mile to the tower to check it out. 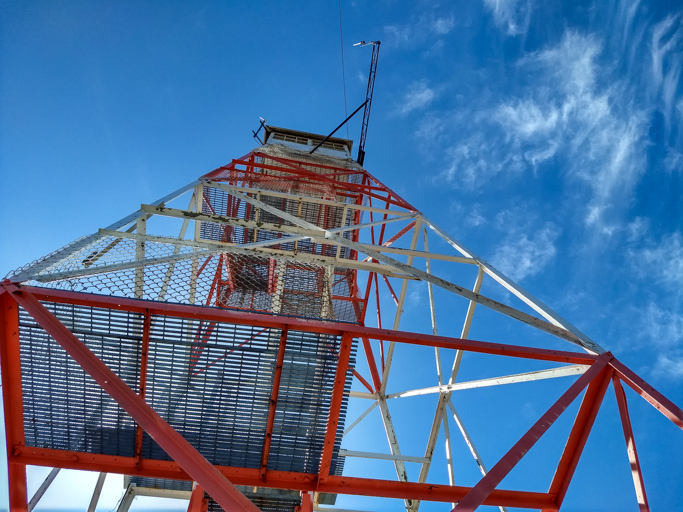 A lookout tower has historically been in this location for over a hundred years — since 1908. The current 47-foot-tall tower was built in 1933.

The hiker we met earlier was hanging out in the small field next to the tower, which features a wide view to the West. He told us that the tower is manned and we could climb up, so we tried. About halfway up my husband and I turned around and went back though. The winds were quite strong and the structure was vibrating ominously. I’m sure it would have been fine, but there’s something about the view looking down with not much between you and the ground but some metal bars that’s a bit disconcerting! 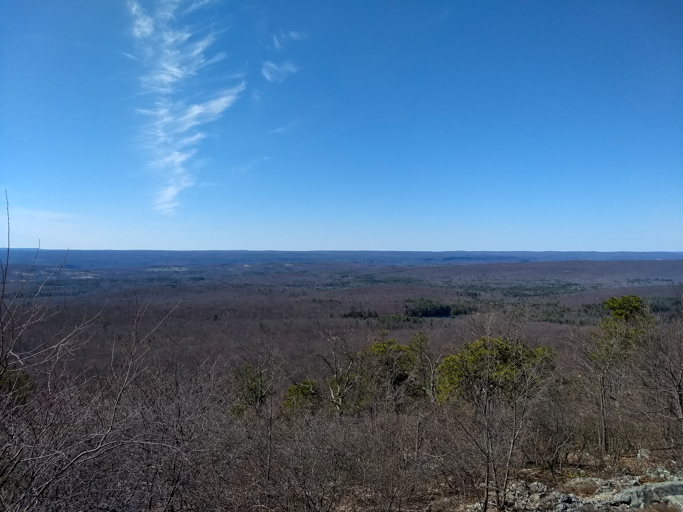 Instead, we climbed down and rested for a moment taking in the view.

To get back to the parking lot we followed the Tower Trail back down, which was steep in places.

Recommended as a Moderate Hike