In late April my husband and I went on a 7.5-mile loop hike in the Old Rag area. Instead of going to Old Rag, we continued to fill out our map of traversed trails and went to Corbin Hollow Trail.

Starting out at the Berry Hollow Trailhead, we went along Berry Hollow Fire Road for 1.2 miles, passing the turning point to Old Rag and. Continuing along Weakly Hollow Road for another 1.1 miles. The fire roads are relatively boring and straightforward, but we did see a few wildflowers – mostly Golden Ragwort, but also some Showy Orchis and Large-flowered Trilliums. 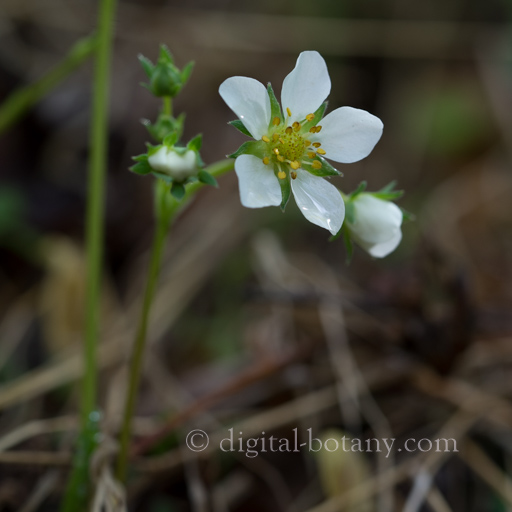 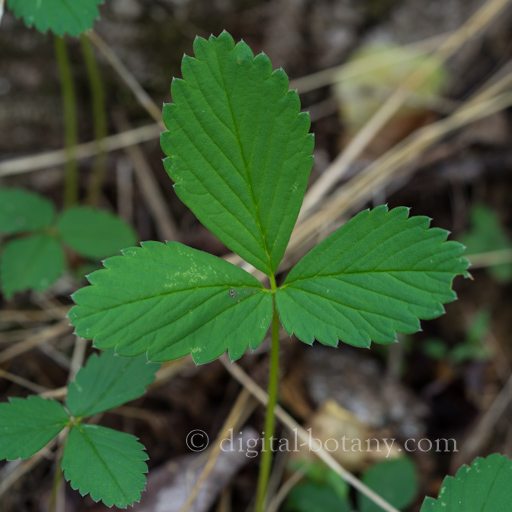 Common Strawberry, or Fragaria virginiana, is a member of the Rose Family (Rosaceae) and blooms April to June in open fields and edges of woods throughout North America. This plant produces sweet wild strawberries. Cultivated strawberries that you normally eat are hybrids developed from this native species and a South American one.

After walking along the fire roads, we turned to the left onto Corbin Hollow Trail and walked for 2.1 miles. The trail is much more of a mountain trail and had a nice variety of flowers and greenery, as well as a good incline for exercise. It was definitely the most interesting part of the loop hike. 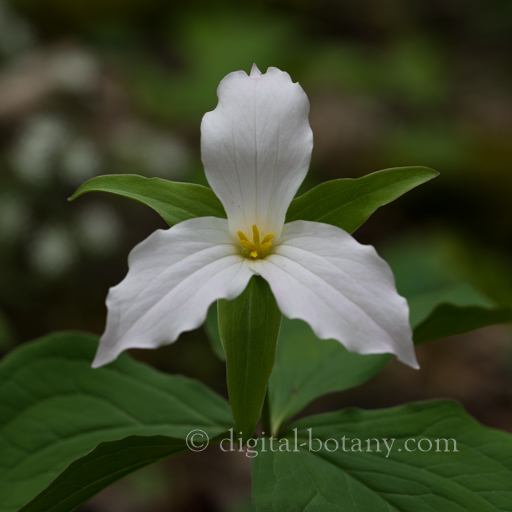 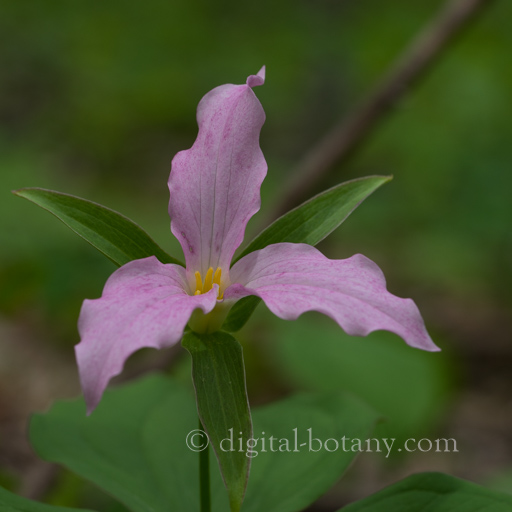 The Large-flowered Trillium, or Trillium grandiflorum, is a member of the Lily Family (Liliaceae) and blooms April to June. It favors rich woods and thickets, and I’ve noticed it likes to grow near streams as well. A native flower, it grows throughout eastern North America. Although it is possible to pick the plants and eat them as cooked greens or in salads, taking the leaves kills the flower and is ill-advised.

We found a lovely colony of Trilliums on Corbin Hollow Trail. 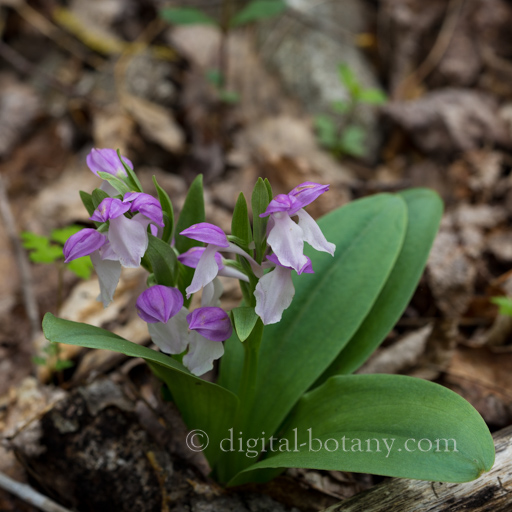 Showy Orchis, or Galearis spectabilis, is a member of the Orchid Family (Orchidaceae) and blooms April to June in rich damp woods and swamp edges. A native wildflower, it grows throughout eastern and central North America.

These seem to be the most common spring orchid that you can find in Shenandoah National Park. 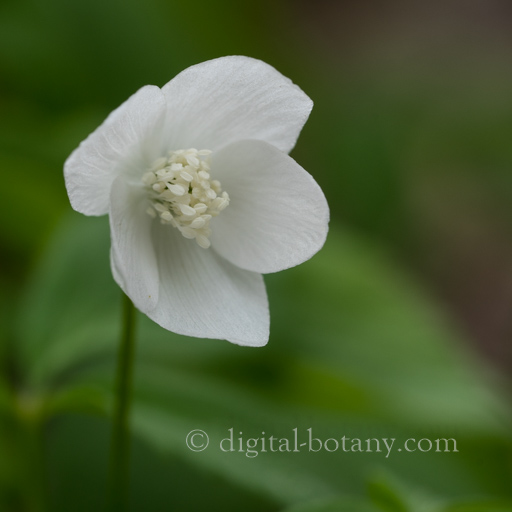 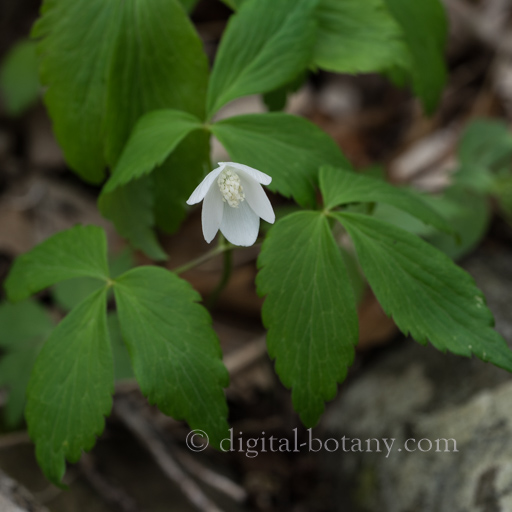 Wood Anemone, or Anemone quinquefolia, is a member of the Buttercup Family (Ranunculaceae) and blooms April to June in open woods, clearings, and thickets. A native wildflower, it grows throughout most of eastern and central North America.

After a somewhat strenuous climb at the end of Corbin Hollow Trail, it was a straight shoot downhill on Old Rag Road and then back along Berry Hollow Road to the parking lot. As is usually the case, the fire road had some wildflower gems growing along its sides to enjoy. 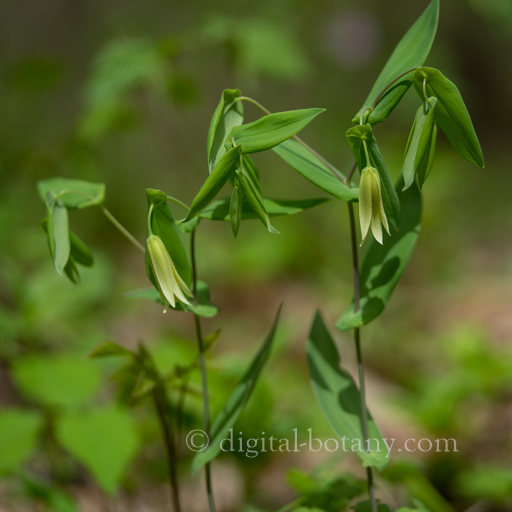 Sissile Bellwort, or Uvularia sessilifolia, is a member of the Lily Family (Liliaceae) and blooms April to June in woods and thickets. A native wildflower, it grows throughout eastern and central North America. 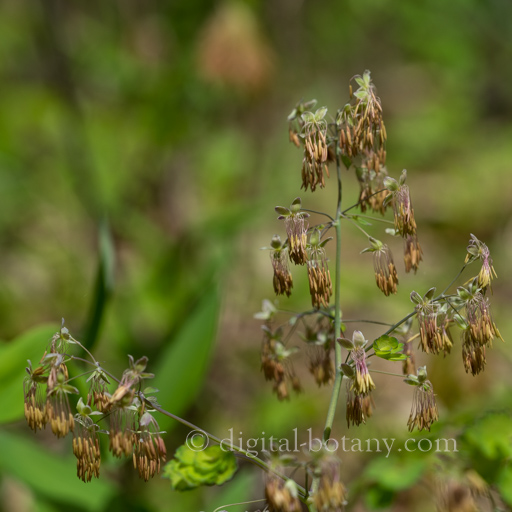 Early Meadow Rue, or Thalictrum dioicum, is a member of the Buttercup Family (Ranunculaceae) and blooms April to May in moist, open woods.  A native plant, it grows throughout most of eastern and central North America. Native Americans used this plant’s root to treat vomiting, diarrhea, and heart palpitations. 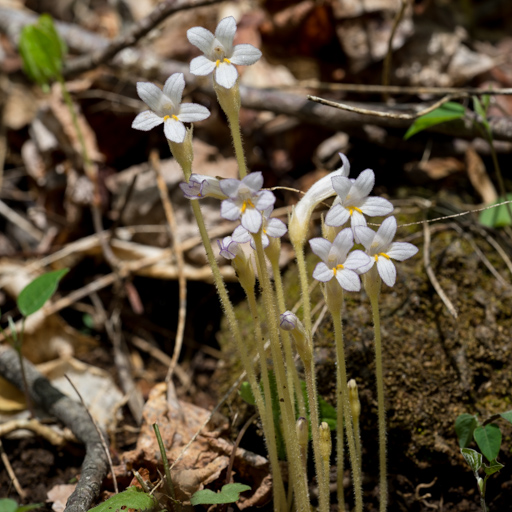 I had some trouble identifying which Broomrape this was, so I asked on the Capital Naturalist Facebook page. The group leader kindly replied with a link to a YouTube video he made about this plant. He has a great YouTube channel with lots of videos about local plants.

Recommended as a Wildflower Hike

The terrain on this hike was mostly straightforward, with 2/3 or so being fire roads. The best part of the loop was Corbin Hollow Trail. It is an offshoot trail that is easy to miss in an area which most people (I expect) go to Old Rag, Robertson Mountain, or Nicholson Hollow, but it shouldn’t be missed!